Objective of the E-Health Act 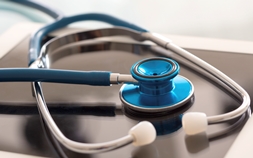 According to the German government, the E-Health Act has different objectives.

First to assist in the speedy introduction of beneficial applications of the electronic healthcare card.

Second to establish the telematics infrastructure (TI) with its security features as the main infrastructure for secure communication within the healthcare system (with the additional long-term aim of opening the TI up to other healthcare applications and other service providers).

Third to improve the structures of Gesellschaft für Telematik (gematik) [the company responsible for the telematics applications of the healthcare card], to widen its responsibilities and, ultimately, to improve the interoperability of healthcare IT systems and promote telemedicine services.

The German government hopes that the E-Health Act will promote the use of modern information and communication technologies in the healthcare system and improve the quality and efficiency of patient care.

The digitalization of healthcare data, an issue that has been the subject of controversial debate between the various interest groups for years, is now beginning to pick up speed. On 13 January 2015, the German Ministry for Health referred the draft bill – previously slated for late 2014 – to the German government for a vote whilst, at the same time, publicizing this move.

The various reactions to the draft bill were largely critical. In a paper given at the eHealth Summit Germany as part of the Berlin medical convention Hauptstadtkongress 2015, Rainer Herzog, a respected authority on the e-health and m-health sectors, summed up the bill:"It is the basic principle [of the draft bill] in its present form that falls short: developing a single framework and a sustainable strategy for Germany as a centre of medicine, interoperability, intersectoral communication or a holistic approach towards ensuring centralized and paperless patient data – none of this is even mentioned in the draft bill […]. The E-Health Act in its present form is a magnificently wasted opportunity.”

In an attempt to act upon comments like this, changes were made to the draft bill such as expanding the provisions on medication plans (which not only by GPs but also specialists could now issue). Similarly, the deadlines for the development of non-discriminatory use of the TI were extended by three months. However, these amendments made little change to the basic approach and structure of the draft bill.

In some cases, the criticism was massive, yet the German Ministry of Health’s draft bill still made it to a cabinet draft. On 27 May 2015, the draft was introduced into the legislative process – within the next three years, the technical requirements for the future electronic transfer of medical data are to be established (resulting, among other things, in the electronic management of patient master data by registered doctors and dentists – envisaged from mid-2018 onwards – and in doctors receiving a special fee for the management of this data). Anyone failing to implement the technical advances, however, must expect financial sanctions.

As expected, there was no lack of criticism levelled at the government draft. For example, Doris Pfeiffer, chief executive of the German National Association of Statutory Health Insurance Schemes (GKV-Spitzenverband), told the German Press Agency, DPA: "The whole project should actually take account of the fact it’s health insurance schemes and thus the patients that are paying, so they are the ones that should be deciding. But this isn’t the case either under the current or under the planned legislation.” Further criticism came from Maria Klein-Schmeink, the health policy spokesperson for the German Green Party (die Grünen) in the Bundestag who called the draft law "a fast lane for money-makers, paid for by state-scheme patients”.

Germany is gradually also beginning to come round to realizing the potential of digitalization in the healthcare industry, yet there are still many issues to be resolved. Whilst supporters dream of a fast “data autobahn” with numerous benefits for patients and service providers, the major issue of data security in particular remains an unresolved problem for critics.

They argue that the planned mechanisms fail to adequately protect healthcare data. According to Claus Peter Kosfeld of the Federal Agency for Civic Education (BpB), "patients’ right of access to the electronic healthcare card [must] be strengthened further. Patient organizations should be involved in the decision of who has access to what data.” Critics also point to the need to clarify how to ensure that the (IT) service providers involved also adhere to the data protection regulations – an issue which ultimately relates to the safety of health-related apps such as those available for smartphones or fitness applications.

Health insurance schemes and the National Association of Statutory Health Insurance Physicians (KBV) express differing views. Health insurance schemes particularly criticize the fact that doctors and hospitals are to receive additional cash for using electronic communication – something which, in the Internet age, ought to be commonplace. The KBV, on the other hand, welcomes certain points, such as the medication plan envisaged by the E-Health Act, and puts forward detailed proposals for further changes: patients prescribed three or more drugs should be entitled to a printed medication plan which, in the medium term, also ought to be accessible via the electronic healthcare card.

Although the draft law is at least an initial step towards establishing requirements for true innovation in the area of digitalizing the healthcare system and telemedicine in Germany, many problem areas remain unresolved. From a legal perspective, these areas – aside from the much-discussed aspects of data protection law and the demand for the secure management of patient data – are registration and liability issues relating to interoperable IT and medical technology systems, regulatory shortcomings in connection with medical software (as a medical device), and definition issues regarding liability for defective software or problems with the classification of wearables, health apps and other m-health applications (as medical devices).

There are other obstacles that must be overcome in developing the legal environment for telemedicine services in Germany – for example, complex issues relating to professional law for the German legal profession (particularly the professional-law ban on remote treatment) or definition issues relating to liability where several service providers are involved in (remote) diagnosis and (remote) treatment. From an economic perspective, Book V of the German Social Insurance Code (SGB V), the German Physicians’ Fee Schedule (EBM) and the German Scale of Medical Fees (GOÄ) provide no legal basis for the invoicing or reimbursement of telemedicine services, thereby stalling the acceptance of innovations (in the medical professional).

It remains to be seen what changes and amendments will result from the discussions in the forthcoming legislative process on the approval of the E-Health Act in Germany.