Inside Brussels: The Roles in the Juncker Commission and its New Decision Making Process


After having been approved by the European Parliament and appointed by the Council, President Juncker explained how the new structure of its Commission should work in the future. The decision-making process will become more complex and ultimately gives the President a very strong role, being the referee in case Commissioners and Vice Presidents cannot agree. A a short introduction to the Commission’s new decision making process can be downloaded here: 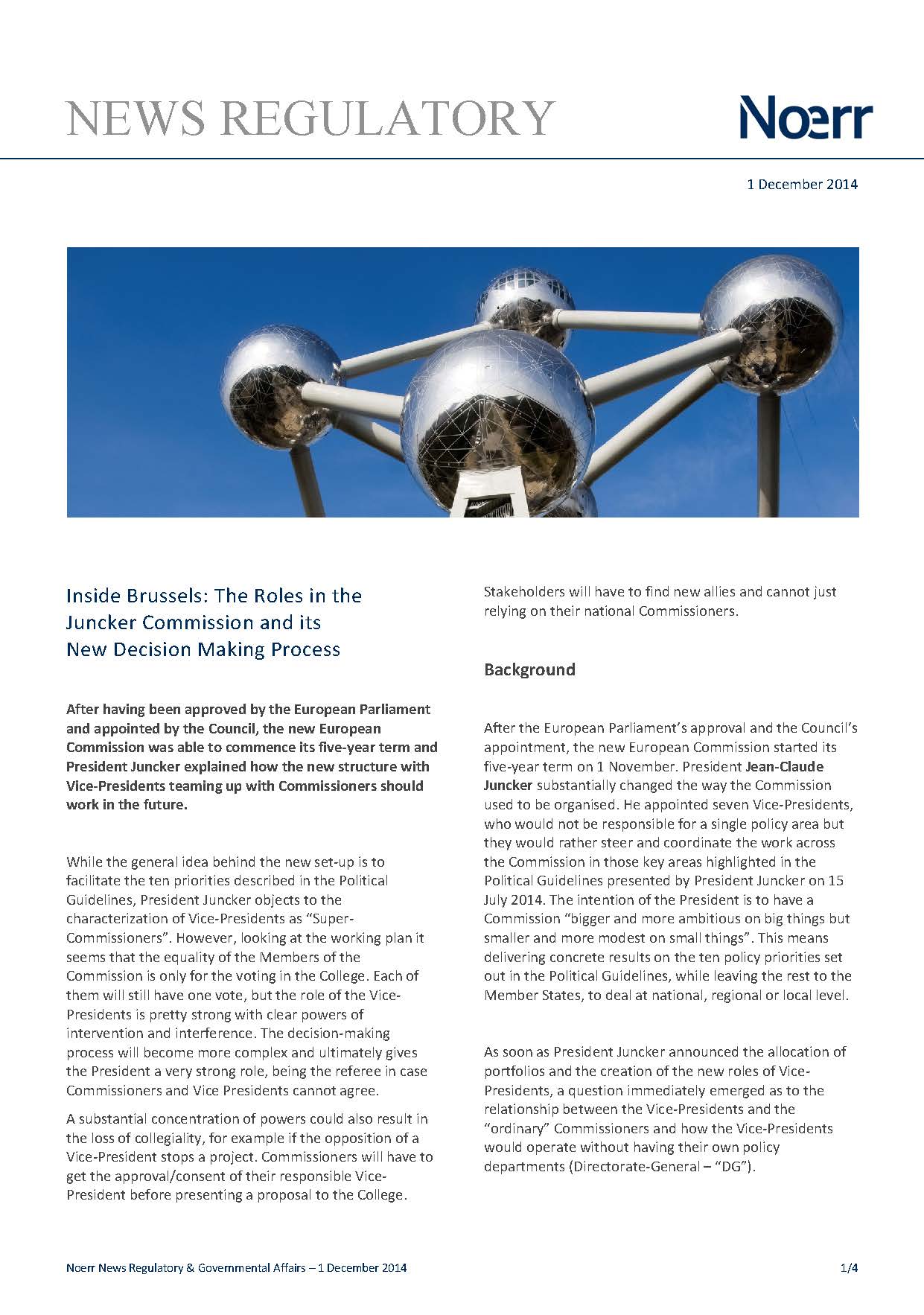