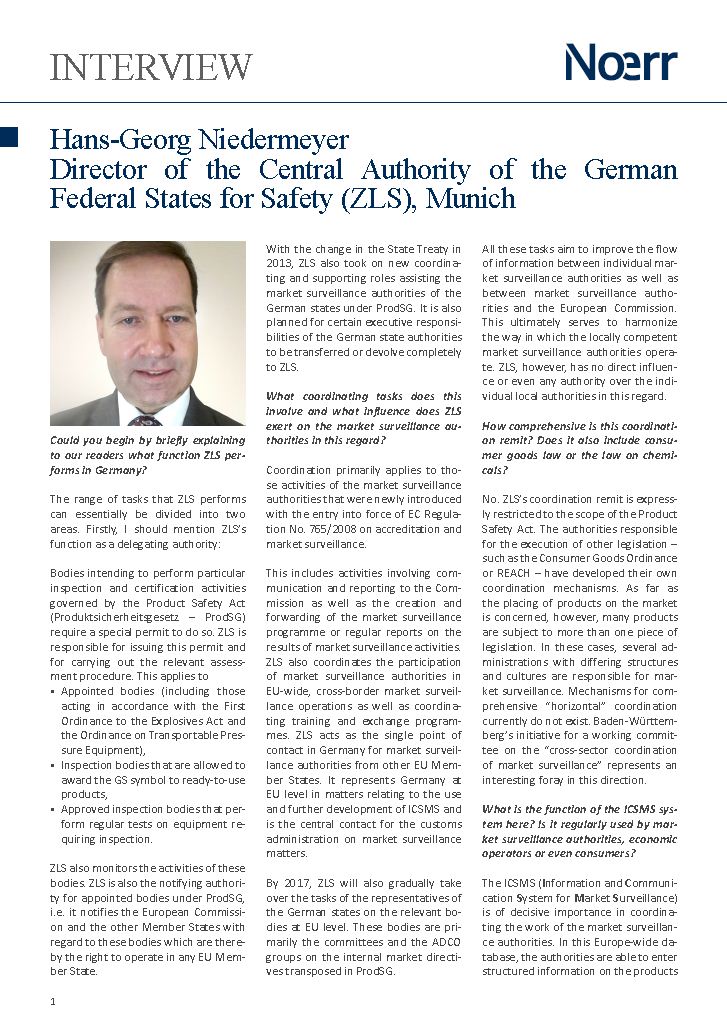 The Central Authority of the German Federal States for Safety (Zentralstelle der Länder für Sicherheitstechnik – ZLS) is responsible in Germany for the coordination of the market surveillance regulated at Federal state level with respect to product safety law. The ZLS is an authority which was established by a State Treaty of the Federal States and is headquartered in Munich. Its Director, Hans-Georg Niedermeyer, has in one of his very rare interviews responded to the questions put to him by the law firm Noerr and has provided a very interesting inside view of the safety aspects for national and international product distribution which are influenced by European law.