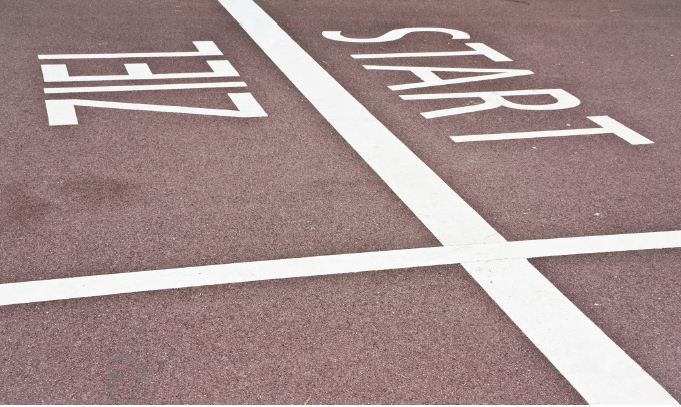 Now that the Federal Parliament has passed the bill to modernise financial regulation of insurance companies, only the approval of the German Federal Council is outstanding. Solvency II will then become national law 16 years after the beginning of negotiations at European level. The final stage of implementation of Solvency II has therefore commenced. The major sections of the new regulatory regime will come into effect as planned on 1 January 2016.

The main changes caused by the new Insurance Supervision Act relate to the implementation of the three pillars of Solvency II, i.e. quantitative regulation (pillar 1), governance (pillar 2) and reporting and disclosure obligations (pillar 3).

The change to principle-based regulatory regime is a further major part of Solvency II. In principle-based regulation, the legislator or the BaFin will no longer impose specific requirements on the insurers but establish general principles which the insurers must observe. How these principles are to be implemented is the responsibility of the individual insurer. The latter can, however, in future increasingly take account of their own individual characteristics and risks.

Under the first pillar, in future a risk and market value oriented risk assessment of their capital and liabilities will be demanded of insurers. By a variety of measures, the long-term guarantees of the insurance industry are intended to be secured. Insurers can now use an internal model to calculate their solvency requirements. The internal model differs significantly from the standard model. The risks and special conditions of each insurer or insurance group can thereby be taken into account. The standard model and internal model of the insurers constitute an essential element of Solvency II. The balance sheet of the company is, however, depending on market value, subject to considerable fluctuations in the valuation of the capital investments. The capital requirement of the insurer is determined by an assumed maximum loss. In order to limit the effort on risk assessment to a reasonable degree, Solvency II offers the use of a standard model. The internal model is significantly more complicated, the standard model is not, however, in its strict form adequate for many insurers. The risk profile of the individual companies will therefore be substantially incorrectly assessed. The internal model, on the other hand, demands immense personnel and material resources for its implementation and maintenance. The individual risk model also has to be approved by the BaFin which thereby requires evidence of actual use of the model in the management of the company. In addition, many insurers will for reasons of caution most likely operate the standard model at least for a foreseeable period, parallel to the internal model.

Governance structure according to Solvency II

By the 9th VAG amendment of 2007, with the introduction of Sec. 64a VAG, the first requirements on the organisation of the business of insurers were codified. In the second pillar of Solvency II, these requirements are now extended and further specified. According to Sec. 23 ss. 1 VAG-E, a reasonable transparent organisational structure is to be introduced with clear attribution and reasonable separation of responsibilities and with an effective internal communication system. Such an organisational structure includes four key functions (risk management, compliance, internal audit and actuarial function).
The BaFin will in the future review not only the reliability and professionality (“fit and proper”) of the management and supervisory board members but also the reliability and professionality of the holders of key functions. Even if in Sec. 24 VAG-E only managers and holders of special functions are named, these criteria are also applicable, according to the explanatory memorandum to the Act, to members of the supervisory board. According to the explanatory memorandum, no identical absolute requirements on their professionality are intended to be imposed on all persons affected. The actual circumstances of the individual insurer are rather to be taken into account.

The third pillar of Solvency II includes mainly the reporting obligations of the companies both to the regulatory authorities and the public. The annual solvency and financial report is subject mainly to qualitative requirements, in addition further reporting forms are intended which regulate the quantitative content. Due to the extent and quality of the information required from the companies, many insurers will clearly be unable to meet the organisational and personnel demands arising from the many obligations. Small and medium-sized insurers are therefore reliant on the BaFin interpreting the requirements reasonably and appropriately to the risk.

Smaller insurance companies unable to meet the demands –proportionality to the rescue?

In addition to the major European and worldwide insurance groups, the German market is characterised by many smaller and medium-sized insurers often organised as mutual insurance associations. Overall, these insurers are faced with particular challenges of complying with and implementing the new regulations in spite of their relatively limited personnel and financial capacities. In order to take account of these differences between insurance companies, according to the European provisions the principle of proportionality is intended to assist. According thereto, the regulatory requirements are to be complied with always taking account of the individual risks of the company, the nature and extent of the business and the complexity of the business model. The risk profile and complexity of the business model often correlate to the size of the insurance company, even though this must not necessarily be the case. The principle of proportionality is linked rather to the individual risk profile of each company and therefore demands individual consideration. The principle of proportionality does not help, however, on the question of whether the applicable requirements are to be complied with, but only as to the manner and method by which they must be reflected or not.

A possibility for smaller and medium-sized insurers to be able to satisfy the requirements of the new regulatory regime in general or at least cost efficiently consists in mergers to form greater units but also restructuring the portfolio. It remains, however, to be seen whether the frequently anticipated consolidation of the German insurance market including further run-off transactions come about or whether the individual insurers will find solutions to guarantee their existing independence.
In the case of the transfer of insurance portfolios to foreign insurers, policyholders have, from 1 January 2016, a special right of termination if the regulatory authority changes by the transfer. This increases the risk and costs for a transfer of insurance portfolios to foreign bidders and could in future render such transactions considerably more difficult.

The VAG amendment to implement Solvency II is almost complete. From 2016, it will be shown whether and to what extent the new regulatory regime will pass the test in practice. Solvency II and the VAG amendment will, in particular on issues such as capital sufficiency and governance, be comprehensible instruments, appropriate in accordance with international standards, to manage the insurance industry. How the BaFin deals with small and medium-sized insurers individually and appropriately to their risk will, however, be decisive. This applies in particular with regard to the disclosure and reporting obligations. It remains to be seen whether the future regulatory regime with many uncertain legal terms remains predictable and calculable for the companies. A longer period of uncertainty and possible increase in disputes with the regulatory authorities can be expected. Even though the consultations on Solvency II have lasted for 16 years, it is not to be expected either that the legislator will refrain from further amendments affecting the insurance industry in general and the insurance regulatory regime in particular. Because of the significance of the insurance industry and the risks posed by the continuing long period of low interest, the insurers will remain in the focus of politicians and the public. Further regulation of the insurance industry is to be expected. 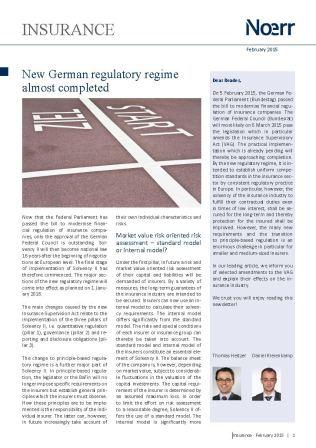 In addition to the editorial in this regard, the newsletter includes an overview of new judgements, legislation and notices as well as our insurance calender.