Revision of the EU Medical Devices Legislation – state of play 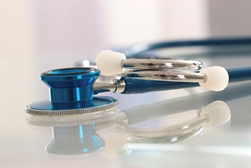 According to the ordinary legislative procedure, both the Council and the European Parliament need to adopt the text. While the EP adopted its resolution in April 2014, the Council has not yet agreed on a common position.

The current Latvian Presidency put great effort into the advancement of the discussions at the Council level, with the aim to achieve a compromise text between Member States by the end of its tenancy in June. Good intentions animated also the previous rotating Presidency, that presented at the Council meeting of last December a Progress Report with a reference text for the next Presidency. During the examinations in the Council Working Party a number of political issues have been identified. These include:

Even though discussions are still on-going, at the Coreper meeting of 18 March Representatives of Member States gave new political impetus to the dossier, unlocking the debate on some of the sensitive elements of the proposals.

The Latvian Presidency aims to enable an agreement on a compromise text between Member States during its term in June. Once the Council has put forward its position, all three bodies can finally enter into inter-institutional negotiations, “ trialogue”. The European Parliament already voted in favour of the opening of negotiations, giving a mandate to the new appointed rapporteur. If the Latvian Presidency reached its goal, trialogue negotiations could start already during the Summer.